Wellbeing and safety is at the forefront of everything we do for you and our teams. We look forward to welcoming you!

The History of Brockencote Hall Hotel

Discover the full story of Brockencote Hall Hotel from the beginning to now! 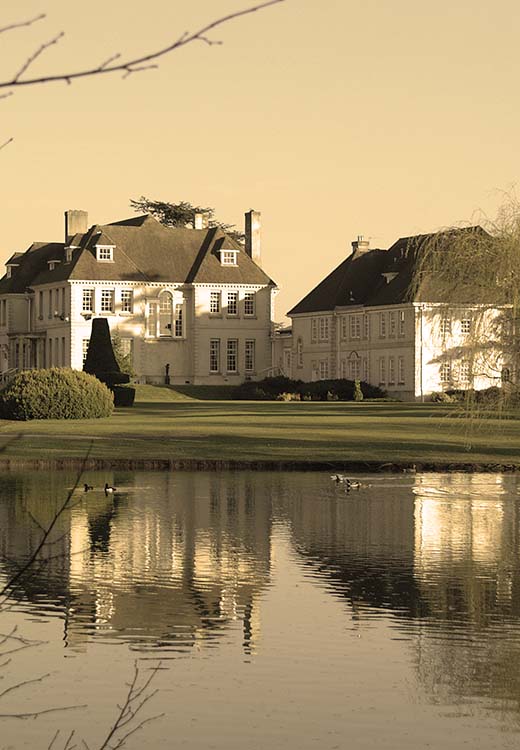 At Brockencote the past is never far away: the old building, despite alterations and additions, is still easily recognisable as a gracious Victorian home. In the library and entrance hall especially, it is easy to sense the elegance of the period. Mr. Willis, who built the house in 1880, lived here happily with his large family.

About one hundred years before the Victorian mansion, a fine William and Mary style house had been built. We know the name of most of the families who lived there but little else. We do know that well into this century the old house was used to accommodate the Brockencote Hall staff and was called ‘Servants’ House’. We haven’t been able to pinpoint exactly where it was; possibly at this end of the drive, nearer the lake.

‘Servants’ House’ was probably built by the Taylor family, landowners who came to Brockencote towards the end of the sixteenth century. Before building the William and Mary house they lived in a large half-timbered house on the present site. A great deal can be learnt from the will and inventory of John Taylor, who died in 1680.

The house had three living rooms, a kitchen, dairy, cheese-room and six bed chambers, all well-appointed and comfortably furnished. They were people of substance; memorials in the parish church bear testimony to this. From John Taylor’s will we also learn that in 1680 he had in his cellar twenty ‘hogshead’ (over one thousand gallons). We still use the cellars today. 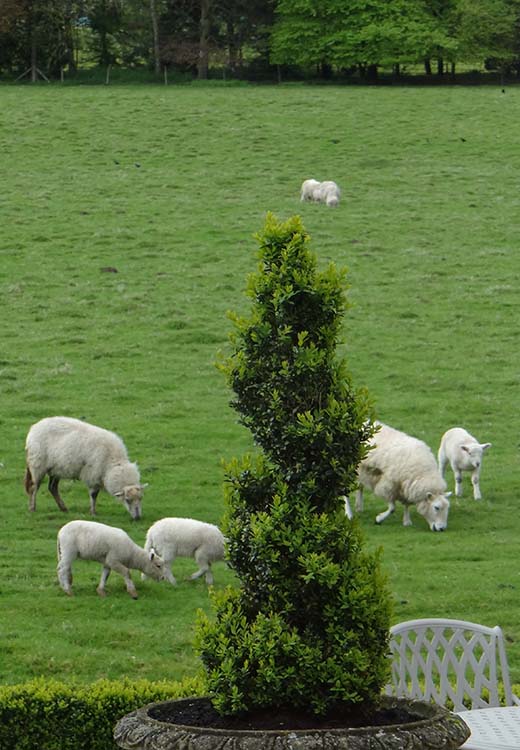 the history of brockencote hall hotel

Brockencote Hall’s seventy acre estate is part of the ancient manor of Chaddesley and boasts a number of mysteries. One field in particular (we call it Bumpy Meadow) is probably the most intriguing archaeological site in the locality. The field is bumpy because of a cluster of dried out twelfth century fish ponds. The ponds are easily seen and together with associated earthworks form part of a large system which as yet is not understood.

In addition to the ponds there was a water mill, and it is possible that Chaddesley’s missing manor house, abandoned in 1578, was here as well. Also, until about 1820, the main road from Bromsgrove to Kidderminster passed through here, fording the brook at the bottom of Bumpy Meadow. Quite a busy spot!

There is evidence that a Richard Millward was working here as a miller in 1397. The Domesday Book includes Chaddesley and perhaps one of the three mills it mentions was ours. That was 1086. And St. Cassian’s, the parish church on the other side of the meadow, whilst having nothing positive to show earlier than twelfth century, has persuasive arguments about Saxon origins.

For the past two and a half centuries Kidderminster factories have produced little else but carpets. As a consequence, and like most single industry towns, Kidderminster has a long history of turbulent industrial relations; a continuous battle between weavers and owners. The nineteenth century was especially bad with strikes, lockouts, poverty and bankruptcies: there weren’t many prosperous years. 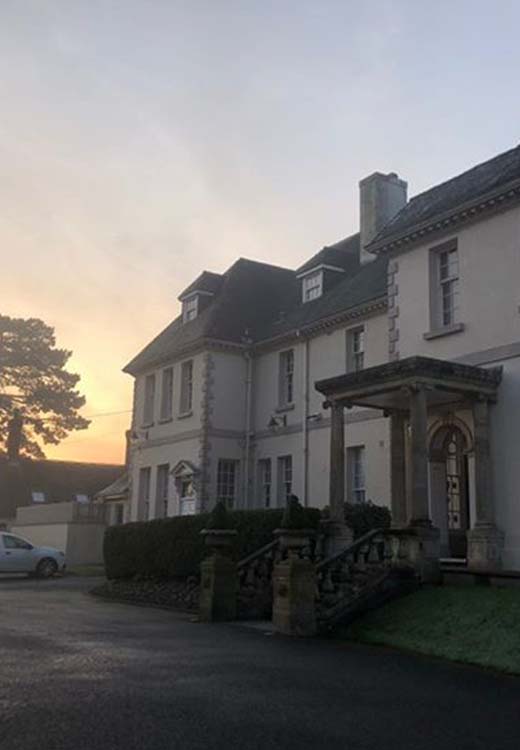 In 1869, a Mr Henry Willis from nearby Wolverley purchased a carpet factory in Kidderminster to weave ‘best Brussels’. He was a well-known and respected townsman and regarded as a model employer. In 1880 he became mayor of the borough and also contested the West Worcestershire seat in the General Election.

In 1880 he bought the Brockencote estate and rebuilt the Hall ‘on the site of an ancient house’. The new hall (basically the present building) boasted immense reception rooms, thirteen bedrooms and dressing rooms, billiard room, library, an eighty foot tower with a smoking room, stabling for nine horses, housing for six carriages, a complete model farm with a nine acre orchard and a well-stocked lake.

He became a patron of the arts and established a fine collection at Brockencote. The success of the 1882 Worcester Exhibition owed much to his organising skills and the loan of pictures and fine Brussels carpets. Brockencote was sold at auction after Willis suffered financial difficulties in 1897.

When the house was sold at auction to the Palethorpe family in the early 1920’s who also bought Stone Manor. After the Palethorpe’s the Butler family of Mitchell and Butler Brewery fame bought the Victorian pile and started a huge transformation, after a fire which burned down the large tower at the front of the house. The Butlers decided to restructure the building and create a more Chateau like feel, inspired by their travels across Europe. 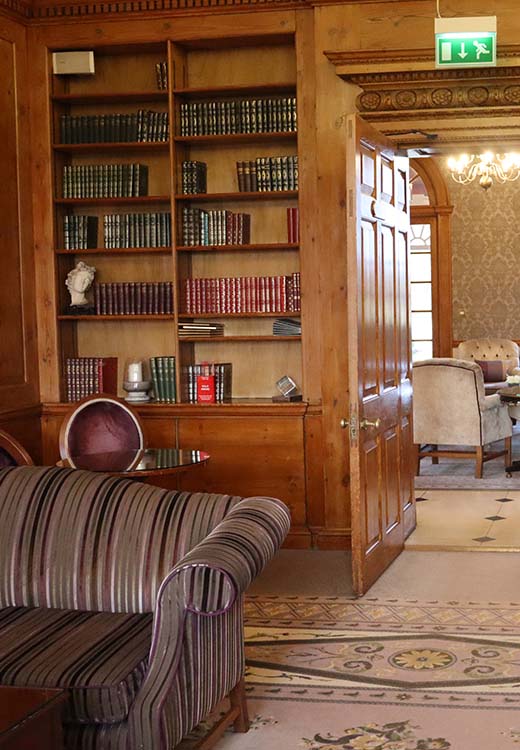 The Butler’s ownership came to an end in the early 1980s and the house and its contents were again sold at auction to a Robert Lench who also owned a factory in the Black Country.

Roland Jones a renowned builder in the area had always wanted to buy Brockencote and his chance came in 1983 when the house came on the market.

Roland did an excellent job stripping back all the paint work in the library and in the corridors, exposing some beautiful maple and pine which are still evident today. He cleared the land of many dead trees and planted some beautiful specimens, which are maturing nicely now. The house was mended of its leaky pipes and rotting floorboards, old dilapidated buildings were pulled down and the house generally smartened up for sale in 1985 when the Petitjeans, still well known in the area saw it and fell in love with it. The house was opened as a hotel and restaurant in 1986.

Eden Hotel Collection bought the property in 2011 and carried out a full refurbishment, restoring the building to her former glory. 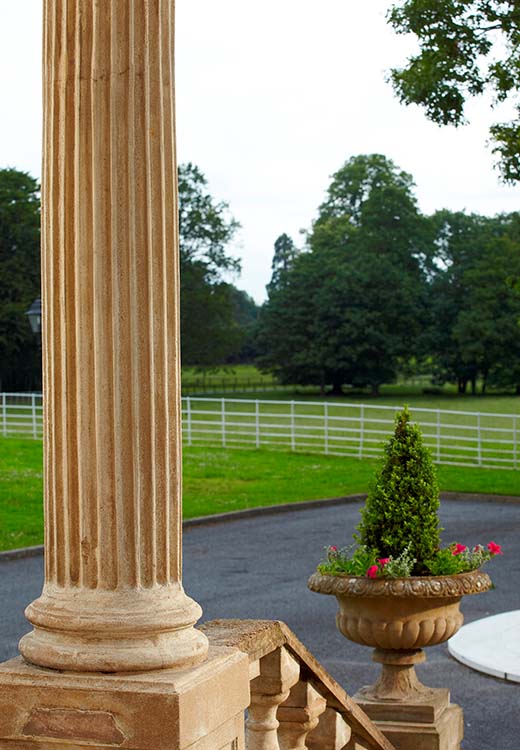 Long ago, Chaddesley Manor had a deer park and we know that our estate was part of it. In 1417 repairs were made to a ‘dere house’ in the park. Incidentally, a deer park wasn’t to hunt in; it was a large paddock and the deer house would have been a shelter for the animals. This, we think, is the ‘cote’.

Now here is the bit we like best. A mature stag was called a ‘brock’ and that, combined with ‘cote’ generates a distinctive name – The House of the Mature Stag. 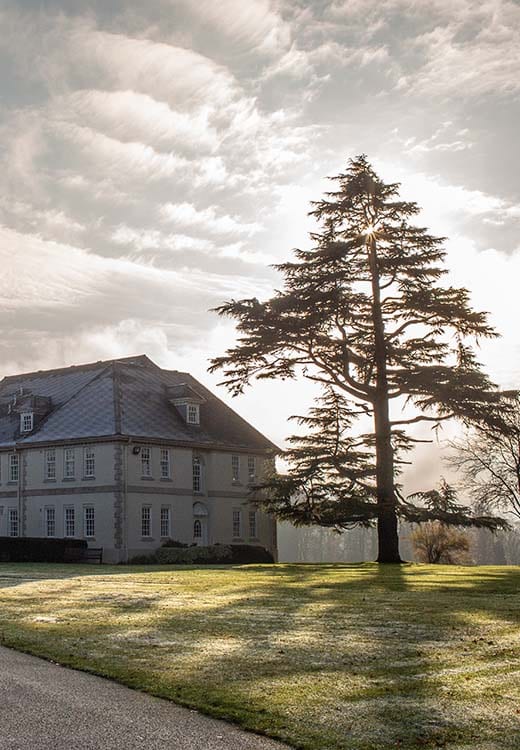 The Brockencote dovecote, a Grade II listed building, was renovated under the strict eye of the county Archeological Service. Here are a few comments based upon their subsequent report: